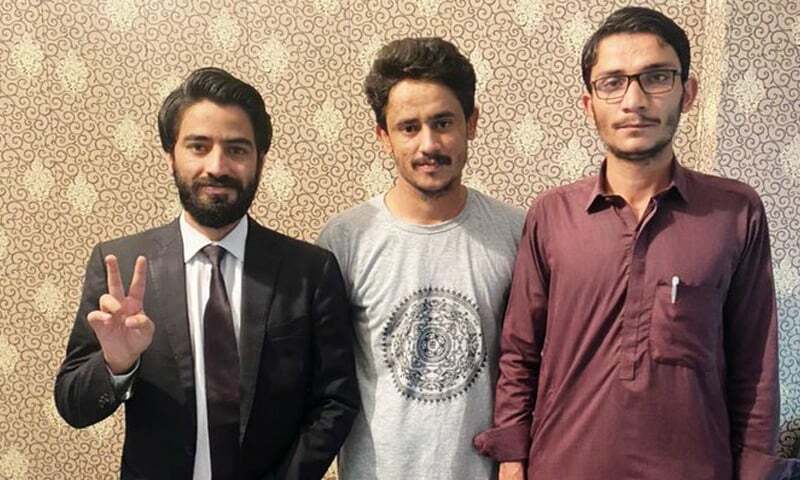 Security agencies have released a Baloch student arrested in connection with a suicide bombing at the University of Karachi (KU) on April 26, Baloch Council chairman Ahsan Baloch said. Parhlo.com on Tuesday.

Bebgar Imdad, a seventh semester student at Numl in Islamabad and a native of the Balochistan region of Kech, was picked up by a security agency on April 27 from Punjab University (PU), where he was visiting a relative at hostel no.7.

Since then, Baloch Council activists have demanded that they stay outside the PU vice-chancellor’s office, demanding the release of Imdad. Other human rights activists also joined the choir, demanding the student’s release.

Ahsan Baloch said on Tuesday they would now end the stay and plan to hold a press conference.

Earlier, a habeas corpus petition for Imdad’s reinstatement was filed by his cousin in the Lahore High Court, and notified by city police on Monday that the Department of Witchcraft (CTD) had arrested Imdad over a KU explosion.

This is according to a report submitted by the city police to the LHC as per the court order.

According to the report, PU chief security officer Colonel Abdullah was contacted by Lahore police to confirm the application against the abduction. However, the report added, the security officer confirmed the student’s arrest by the CTD.

According to the report, a security officer assisted a police team in apprehending Imdad.

At the trial, solicitor’s lawyer Asad Jamal, after passing a police report, raised various legal questions about the arrest and transfer of Imdad from Lahore in Karachi. He said not only was the student arrested but his move to Karachi without being detained in a court of law was illegal.

According to sources close to the development, Imdad’s request for his release was withdrawn on Tuesday.

The adoption of Baloch students is a long-standing issue in Pakistan and a press release issued by the International Jurists Commission in 2020 stated that the UN Working Group on coercion and non-coercive disappearance “received 1,144 cases of alleged coercion disappearances in Pakistan between 1980 and 2019. -2015-16, where another 731 remained unresolved by the end of 2019 “.

In a recent press release announcing an alarm about frequent reports of abductions of Baloch civilians, Hina Jilani, chairperson of the Pakistani Human Rights Commission (HRCP), said: of the people of Baloch that it is unwilling to let these grievances see the light of day. “

By 2020, i Al Jazeera The report cited data collected by the non-governmental organization Voice for Baloch Missing Persons and said at least 5,000 people had been forced to disappear in Balochistan over the past 20 years.