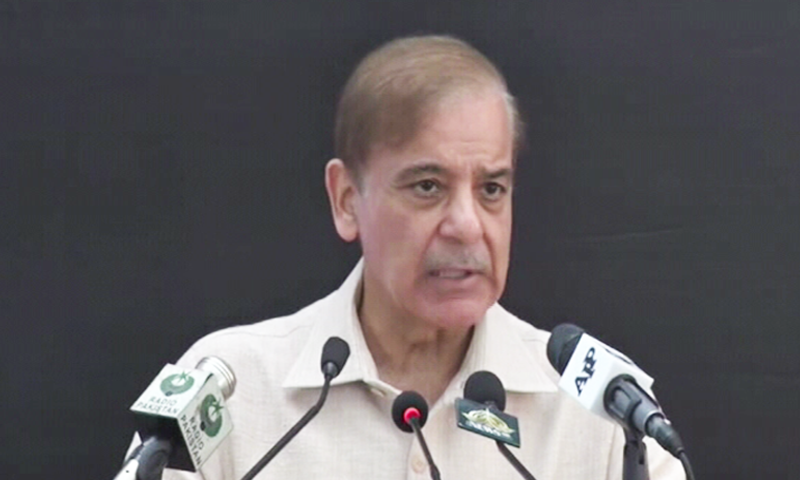 Prime Minister Shehbaz Sharif on Sunday regretted what he described as the mistreatment of Pakistan Kidney and Liver Institute (PKLI), saying “corrupt politics” kept the institution operational for two years and suspended it.

He was speaking at the opening of the state-of-the-art Saleem Memorial Trust in Lahore. According to a state broadcaster Pakistan RadioThe hospital will provide world-class medical care for the poor and needy.

The prime minister said the PKLI was based on the same “standard” and that billions of dollars had been invested in it. I really wanted it and I still want it to be John Hopkins of Pakistan.

He also called it a “world-class hospital” but complained about the neglect of the PTI government.

“Apart from engaging in any form of gambling, because it was built under our watch, this hospital is designed to help thousands and thousands from all over Pakistan. […] famous doctors came, but what happened after the government changed is a sad story. I am not here to tell this story. “

The prime minister said it was ultimately the people’s money that was at stake. He said the money left over after the split pool has gone to pay off debts and security expenses.

So if the hospital made $ 20 billion to treat cancer and perform liver / kidney surgery and treat other diseases while specialists are called all over the world but are finally fired, who is really suffering, you ask.

He said when he opened the PKLI in May 2018, the fifth shift has already taken place. The premier also recalled how the wife of one patient told him that her life had changed as a result of free treatment.

“This is not a single story, there are hundreds of thousands of these stories and patients who should have received treatment. But it was only dirty politics and politics that kept the hospital from working for two years, and it stopped, ”he said. , asking what could be more dangerous for the poor.

PM Shehbaz said that when the PML-N came to power in 2008 and was made prime minister of Punjab, he confirmed that he was extending the border of Rescue 1122 – a move by Pakistan Muslim League-Quaid’s (PML-Q) Chaudhry Parvez Elahi. .

“It was a big step for me to spread across the province [about] Parvez Elahi, was about patients in this country and working for the average person in this country. It’s about that. “

He went on to say that if politicians “fix their direction” and focus on national welfare, personal issues could be jeopardized. “But because of this you have to have a big heart. We will have to rise above our likes and dislikes.”

PM Shehbaz also paid tribute to all those involved in the establishment of the hospital where millions of patients will benefit in the future.