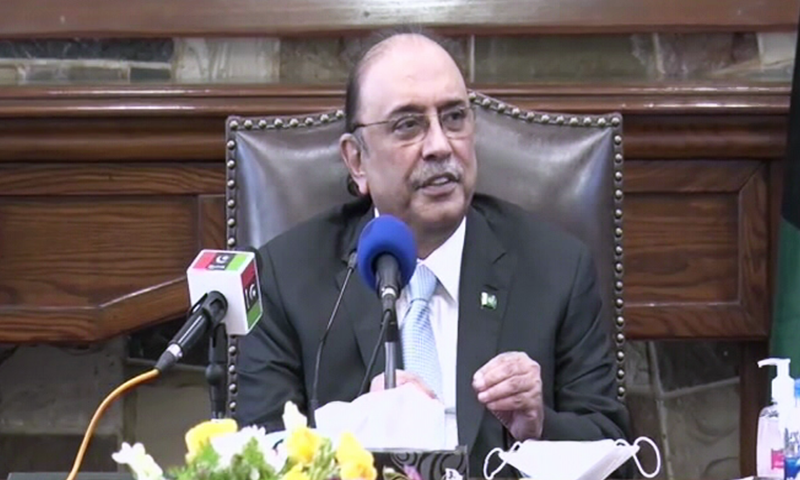 PPP chairman Asif Ali Zardari said on Wednesday that national elections would be held after the active coalition government implemented electoral reforms and amended the rules of the National Accountability Bureau (NAB).

“We need to change the rules and improve them and then go to the polls. Whether it takes 3 or 4 months, we need to work on implementing policies and improving the electoral process,” Zardari told a news conference in Karachi.

He said he had consulted with Mian Nawaz Sharif and “made him realize that as soon as our review and hanging targets below were completed. [we can go to polls]”.

Elaborating on economic issues, the former president said oil was expensive and that the country would hold talks. Prime Minister Shehbaz Sharif had good relations with the ruling Saudi family, he said.

Zardari said the country will continue to face difficulties until the International Monetary Fund (IMF) program is back on track.

He said he has many ways of thinking “out of the box”, including about the State Life Insurance Corporation. “It is an investment of more than $ 100 billion. Give 26 percent to a business house with a good record and float 26pc [of its shares] in the market. You will receive at least Rs8 to 10 billion. “

In addition, all electrical wiring must be private.

Zardari said he wants businesses to meet with PPP, which will provide solutions that come out of the box.

He claims that the people of Pakistan abroad are “misled” by the previous government and unaware of the current global warming and inflation.

The military was “politically neutral” for the first time, he said, asking if the situation wanted to greet Chief of Army Staff Gen Qamar Javed Bajwa or “fight” him.

Commenting on the vote of no confidence that led to the ousting of former prime minister Imran Khan, Zardari said it was “good to know that the party can remain neutral”. He expressed hope that the military would remain “politically neutral” and that any problems that could arise could be resolved by the country’s representatives.