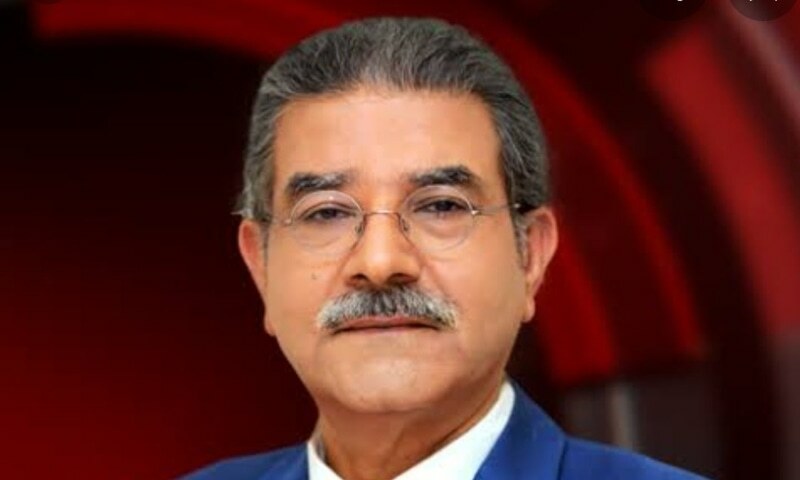 The FIA ​​released a statement on Sunday accusing Ibrahim of “involvement in spreading false information about government institutions”.

“He has made allegations in an effort to incite the military to revolt. He has tried to create unrest in Pakistan through the media while living abroad,” he added.

Ibrahim is an TV anchor and has interviewed a number of high profile figures, including former prime minister Imran Khan.

The FIA ​​has said it will have a chance to defend itself against the investigation which will be closed if it defends itself properly. Besides, the press reported that, if the crime was committed then the case would be registered with him and he would be arrested and sentenced in court.

The media reported that Interpol’s red notice would be issued for him as he was abroad and his name would be added to the Exit Control List (ECL).

The FIA ​​also warned people from outside Pakistan about the “unrest” in the country while abroad and warned that their posts on social media should not be “offensive or rebellious” otherwise it would be done against them.

The guard also issued a notice of attendance at the anchor directing him to appear at the FIA ​​Cybercrime Reporting Center in Islamabad on May 13 (Friday) at 11am to record his defense, otherwise it would be assumed he had nothing to show for his defense. and a procedure under Section 174 (non-compliance with an order from public servants) of the Pakistan Penal Code (PPC) will be adopted against him.

The notice of attendance described the government as a complainant and said the investigation was registered on May 6. We point out that this investigation was initiated under section 20 of the Prevention of Electronic Crimes Act (Peca) 2016, (which causes pollution), read Section 505 (report leading to public corruption) of the PPC.

The announcement said the anchor had deliberately and publicly shared an alleged video on social media where “false and baseless” allegations were made by senior government officials.

“Furthermore, you have created a story with the intent to cause intimidation … and riots between government officials / armed forces and the general public,” he added.

For his part, Ibrahim confirmed on Twitter that a case had been filed against him. He said he had discussed the matter with his lawyer who had referred him to the FIA ​​if he was abroad and would return to the country on the 14th of May (Saturday).

It is worth mentioning here that the Supreme Court of Islamabad (IHC) last month declared the Ordinance of Crime Prevention (Correction) illegal and overturned section 20 of the Peca-20, which is a blasphemy.

The FIA ​​has demanded the return of Section 20 on Saturday by filing a complaint before the Supreme Court challenging the April 8 order of the IHC.

However, hours later Information Minister Marriyum Aurangzeb announced that the petition had been “immediately withdrawn” after a journalist and media outlet expressed serious concern over the action and sought immediate withdrawal of the request.

A FIA spokesman later approved the appeal without the consent of the government, particularly the Department of the Interior. “The appeal is dismissed immediately,” the official confirmed It was morning.