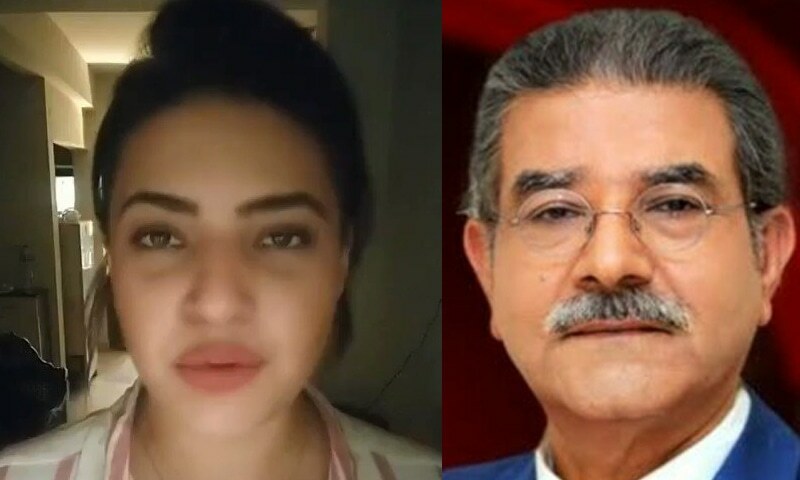 He revealed this during a vlog of senior journalist Matiullah Jan. He explained the reason for the inclusion of Mazari as a lawyer for his Peca registered case.

He said the PTI lawyers also advised him to file a petition through his lawyer Mazari.

IHC Chief Justice Athar Minallah took a petition and asked Mazari the reason for the change.

He responded that since the FIA ​​had not stopped its harassment of civilians in the state and had continued to send notices to social media activists, it was therefore defending the PTI activist from the allegations of the investigating agency.

He reported that the FIA ​​had sent a notice to Ms Malik and that an investigating agency official had visited her at her residence.

Justice Minallah issued a notice to the FIA ​​and sought a response until 31 May.

The court stopped the FIA ​​from harassing Ms. Malik and her family members and suspended the FIA ​​notice until the deadline.

Justice Minallah has banned FIA from holding Sami Abraham anchor until May 16.

The court also ordered the director of the FIA’s Cyber ​​Crimes Wing (CCW) to appear on the date.

The FIA ​​has launched an ongoing crackdown on Abraham over allegations of disseminating anti-government videos and reports on various social media platforms, including about the military and the court.

The FIA ​​claimed that Mr Abraham was involved in spreading false information about government institutions.

Abraham is now in the US, hence, his mother filed an application before the IHC through attorney Raja Amir Abbas.

Justice Minallah has asked Abraham’s counselor why the investigation was launched.

CJ noted that the majority of journalists did not do well in journalism.

Abraham’s adviser told the court that his supporter would return to Pakistan on May 16.

He said the FIA ​​notice did not mention the name of any complainant and the agency accused him of inciting violence in the military. The court, however, issued a restraining order and adjourned the trial until May 16.

Won’t let ‘lies’ get in way of ties with Pakistan, says US on Imran’s conspiracy allegations – Pakistan

Won't let 'lies' get in way of ties with Pakistan, says US on Imran's conspiracy allegations - Pakistan