Fuel prices would be much more expensive according to deal PTI govt made with IMF: Miftah – Pakistan 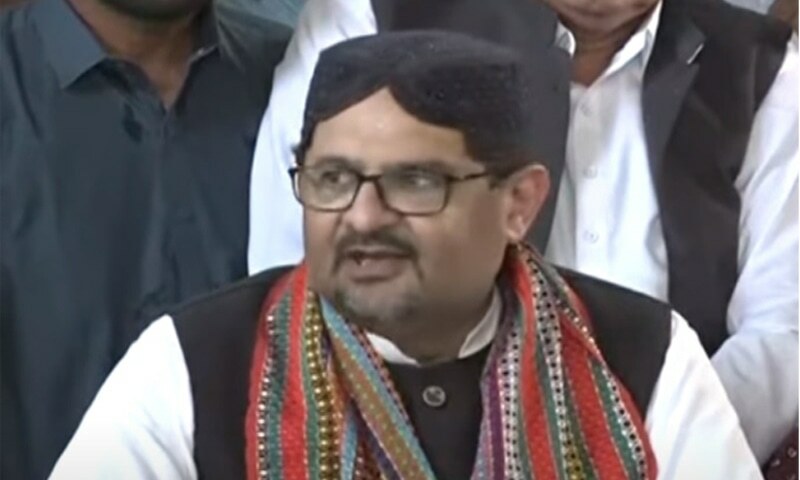 Finance Minister Miftah Ismail on Wednesday said diesel and petrol prices would be more expensive based on an agreement reached by the previous PTI government with the International Monetary Fund (IMF).

Speaking to the media in Karachi, the minister spoke highly of the PTI administration in what he said was its inability to address the country’s economic challenges.

He accused the previous government of not informing the people of the agreements, adding that Prime Minister Shehbaz Sharif had “opposed and opposed” these agreements.

“They have vowed to eradicate R30 worth of petrol, impose a R30 toll and a 17 pc sales tax. [the price] about R90. This too Shehbaz Sharif has resisted and will continue to do so. “

Ismail said that since PM Shehbaz took office, the government had focused on lowering prices of essential commodities. He claims that the PTI government has made agreements that are difficult to implement.

He also questioned whether it was a coincidence that sugar prices had dropped since Imran Khan was fired.

He added that Utility Stores Corporation sells sugar at a reduced price. Similarly, a 20kg bag of flour was available for R800 while 10kg was sold for R400, dropping from R1,100 and 550, respectively, he said.

“The tribute to Shehbaz Sharif and this government,” he said.

Referring to prices, the minister said it was currently available at convenience stores for R260 per kilogram. He claimed that former prime minister Imran Khan had left behind a rise in prices due to record losses and debts.

He said the previous government used to say that Miftah Ismail’s business had increased during their tenure, which he used as evidence of their operation.

The minister said the best example for the government was that of Farah Khan, a close friend of Imran’s wife Bushra Bibi, who is being investigated by the anti-money laundering department over well-known sources of illegal income and money. .

“Look at how he is progressing. But I think his business has been disrupted because he left Pakistan for Dubai,” he said, indicating that the former respondent, Shahzad Akbar, had also left the country.

“When Imran Khan came into power, we sat down and spent prison sentences. So why are Imran Khan’s people leaving? If you want to do Riyasat-i-Madina, do it from here and do not leave Dubai.”

He said the former Prime Minister would have an answer as to why transfers and submissions were made on “Pharaoh’s orders” and why “cases were made and wrapped up according to Akbar’s orders”.

Ismail called on Imran to respond “for the inflation and fraud he had left behind”.

The minister also called on the previous government to address energy issues in the country. “Khan sahab, tell us how many energy plants do you stop? Is it not true that 7,500MW power plants were shut down due to a shortage of furnace or gas oil?

He alleged that plants producing 2,000MW were shut down as the previous government did not bother to keep them. Ismail went on to say that PM Shehbaz and Khurram Dastgir Khan, the union’s energy minister, “ended the shutdown” during the Eid holidays.

The minister said Imran had left behind the demolition of railways in a country where former prime minister Nawaz Sharif had set up power stations across the country. “We had the power to produce energy [but] the plants have been shut down due to their inability to function which has led to the cancellation of the load. “