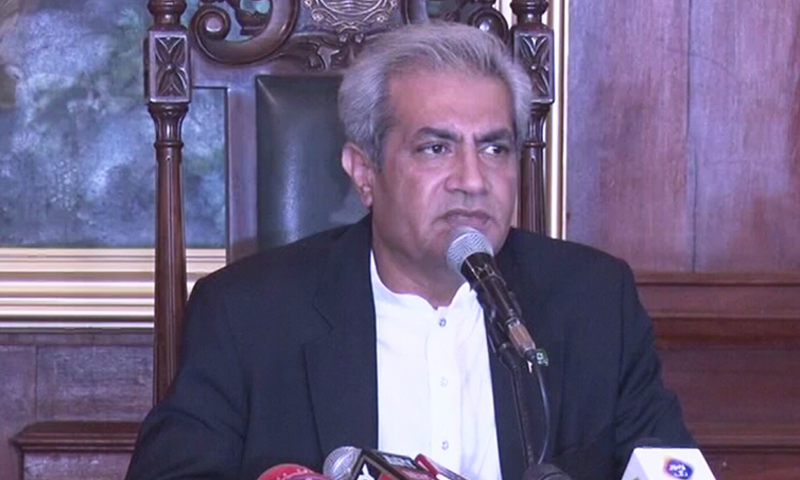 LAHORE: Punjab Governor Omar Sarfraz Cheema said ‘outside conspiracy theorists’ were making accusations against the establishment and the military to achieve their goals.

In a tweet on Saturday, the governor said the country respects and trusts its national institutions and the Pakistani Army, adding those activists (allegations of foreign conspiracy against the PTI government) want to create a gap between the nation and the country. armed Forces.

The governor’s latest tweets come a few days after he wrote a letter to a military official seeking intervention to lead Punjab outlining a legal and constitutional problem that has plagued him for months – a move backed by political and social organizations. Mr Cheema also announced that he would send a referendum against Lahore High Court Judge Jawad Hassan to the Supreme Court in an “illegal decision” to ask the Speaker of the Legislature to take the oath of office of the then elected Prime Minister Hamza Shehbaz.

In another tweet on Saturday, Mr Cheema said many people had already begun giving their views on the ongoing constitutional, legal and political disputes in the Punjab. “As the Punjab has a constitutional problem, it is not our fault to ask other office bearers in the constitution to intervene and play their legal and constitutional role in curbing this problem,” he said.

The governor also expressed solidarity with the court in a tweet, saying that everyone should respect the court and the judges, whether the decisions are in favor or not.