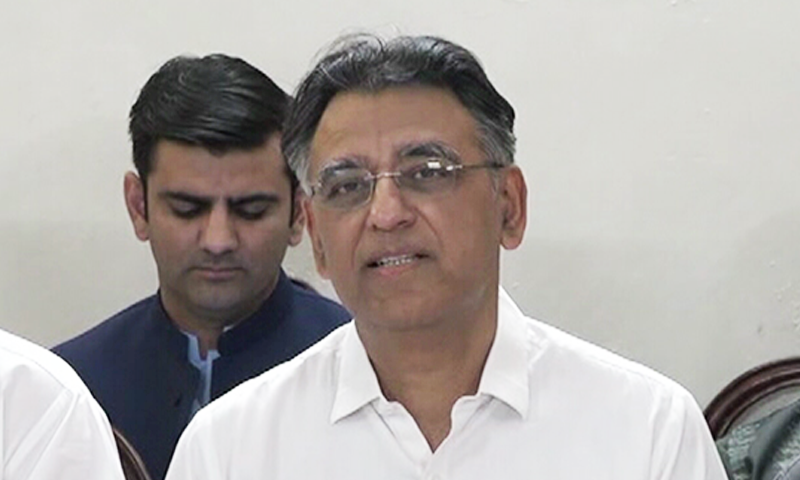 PM Shehbaz and members of his cabinet began their first foreign trip to Saudi Arabia since taking office. During his three-day visit, he met Prince Mohammed bin Salman and other officials.

The joint statement at the end of the trip said the two countries had agreed to negotiate an extension of the $ 3 billion loan period to help the new Pakistani government deal with the economic crisis.

PM Shehbaz later went to the UAE, after a joint statement said the two countries expressed their desire to strengthen “bilateral economic cooperation”.

Late last month, the new government resumed talks with the IMF to revive the system, with negotiations led by Finance Minister Miftah Ismail. In a speech to the Atlantic Council, he said he agreed with the IMF’s priority demand for the removal of fuel supplies – initiated by PTI. “They talked about removing the grant from fuel. I agree with them, ”said Ismail.

Weeks later, the government has appeared hesitant to end a costly funding package, estimated to bleed up to R75 billion next week.

In a statement today, Asad Umar said: “No country including China, Saudi Arabia, the UAE – and the International Monetary Fund – are giving money to Pakistan.”

Read also: Miftah in US US IMF negotiations, criticizes PTI for damaging the economy

Former Prime Minister Shehbaz Sharif was “ignorant” and did not have the courage to make decisions. “Finance Minister Miftah Ismail is looking at Shehbaz, who is looking at Ishaq Dar, who is dependent on Nawaz Sharif, while the convicted PM, too, is looking at Zardari … and the cycle continues.”

He said Zardari was “enjoying” the current situation which is the main issue where PM Shehbaz is “helpless”.

The proposal of dishonesty has ‘disrupted’ economic development

Umar predicts that growth rates could increase by up to 6 percent this year, citing steps taken by his government over the past two years to revive the economy.

“This will be the first time in 15 years that economic growth has exceeded 5pc for two consecutive years,” the PTI leader said, adding that the proposal of insecurity “had hampered” economic development.

He emphasized the need to keep the Pakistani State Bank from 37pc after a vote of no confidence in the PTI government was successful.

Umar said the business sector has not seen growth up to 7pc since 2005, however, “the current year is the second consecutive year in which industrial growth rate stands at 10pc”.

Similarly, he said, energy production increased by 10pc during the PTI government.

He emphasized that the decision was not a signal of a formal antitrust inquiry into the allegations. “No investor believes this.”

“No one can say for sure who will be in office next month,” he said. “Even the government does not believe in this,” he added.

In a separate tweet, Umar said time was running out and that the country’s economic situation was deteriorating “with each passing day”.

The former minister, in another tweet since yesterday, said the country’s growth this year was more than 5pc. “Higher crop prices came mainly from sugarcane, maize, rice and potatoes. In addition, the double growth of large-scale production recently means that this year’s growth should be more than 5.6pc from last year.”

In response, Miftah Ismail said the PTI government had stopped selling sugar and wheat “the PML-N government was exporting by 2018”.

He criticized PTI for taking 80% of all cases taken in the last 71 years.

2 Sikhs gunned down on outskirts of Peshawar – Pakistan