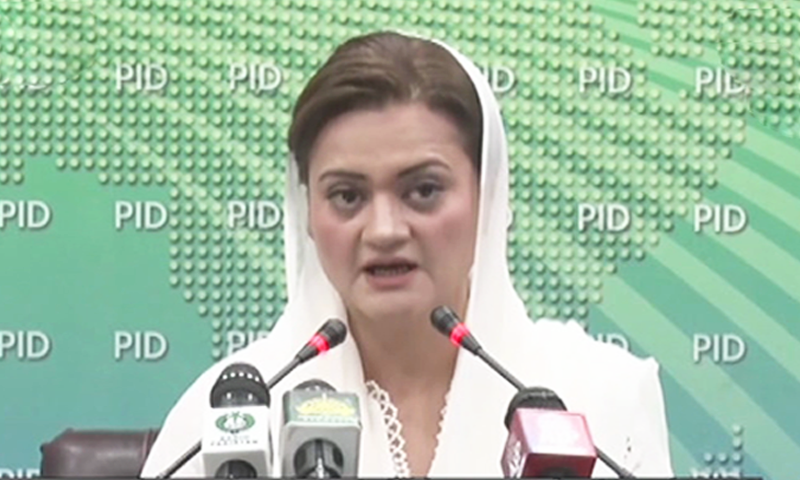 Information Minister Marriyum Aurangzeb announced on Thursday that the government had decided to set up an “independent” commission of inquiry into allegations of “foreign conspiracy” by former prime minister Imran Khan, which he said was responsible for the ouster of his government.

The minister told a press conference in Islamabad that the commission “would correctly decide whether the story of the foreign plot was a play and the real character behind it was Imran Khan”.

“These allegations are an attempt to cause irreparable damage to the country,” the information minister said.

Predicting the post-investigation situation, Aurangzeb said anyone who lodged such allegations would “be legally prosecuted” based on a decision made by the commission of inquiry.

He further added that the commission would be independent and that its report would be made public. “This drama should end now.”

The minister said the commission’s findings would be tabled in Cabinet for approval at its next meeting.

No one including Imran Khan can raise objections on behalf of the head of the commission, Aurangzeb added.

He accused PTI and the former prime minister of trying to divert public attention from allegations of corruption by Farah Khan – a close friend of Imran’s wife Bushra Bibi.

The minister criticized Imran, saying the PTI-led government had facilitated the opening of 34 bank accounts between 2018 and 2022, most of them on behalf of Farah. “Rs 870.4 million was transferred to those accounts during this period.”

The PML-N leader went on to say that the PTI government had “sold” Pakistan’s foreign policy and invited the wrath of the “friendly countries”.

He said Imran would not accept the commission of inquiry but “the results will be accepted by parliament and the people of Pakistan.”

The controversy surrounding the no-confidence motion by former prime minister Imran Khan took a turn for the worse when the disgraced PM wrote a letter to the March 27 meeting – days before his dismissal – claiming it contained “foreign conspiracy” plotted to overthrow him. his government.

Imran kept my mother informed of the contents of the letter when she first opened it but spent days later hating the United States when the exit from her government seemed imminent.

Imran’s allegation that the US was leading his exit from power was based on a received message from Pakistan’s US Ambassador to the US, Asad Majeed, in which the envoy reported on a meeting with Assistant Secretary of State for South and Central Asia Affairs Donald Lu.

Majeed said Donald Lu had warned that Imran Khan’s tenure in office, which would face a vote of no confidence, would have implications for bilateral relations. The US was said to be angry with Imran over “independent foreign policy” and a visit to Moscow.

The Pentagon and the State Department have repeatedly denied the allegations, saying there is no truth in them.

The National Security Committee (NSC), which includes all service chiefs and the head of Pakistan’s top intelligence agency, took up the matter on March 31 with then-prime minister Imran Khan in office. The forum decided to remove the “strong border” from a country that did not call it “a clear disruption to Pakistan’s internal affairs”.

It also called the intervention “unacceptable under any circumstances” and said the language used in communication was not ambassador.

While the forum had ceased to call for interference at the time, another NSC meeting was held on April 22 with newly elected prime minister Shehbaz Sharif, and included the same military chiefs who attended the 31 March session.

During the second meeting, the NSC statement said it “reaffirmed the decisions of the last NSC meeting” and clearly went on to add that it had not received any evidence of foreign conspiracy.