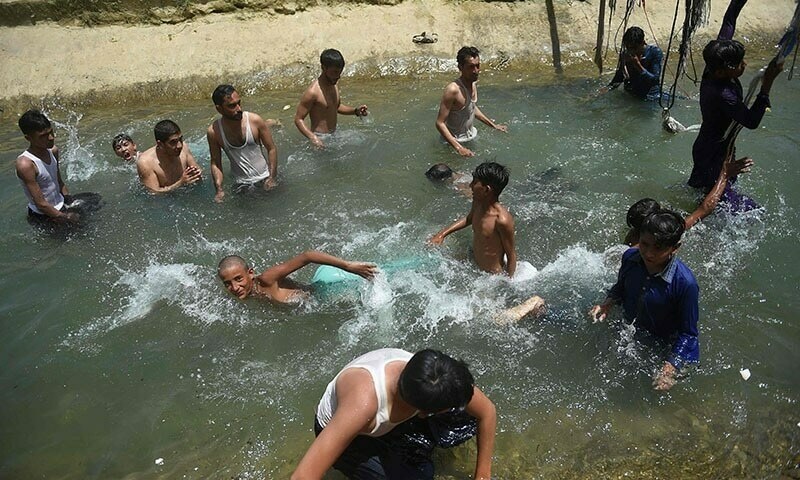 The Pakistan Meteorological Department (PMD) on Saturday estimated that the country’s current heat waves could continue next week.

Slight relief is expected in most parts of the country from May 14 to 17 due to dust storms, hurricanes, and rain, accompanied by thunderstorms, in scattered areas, the PMD said in a statement.

However, daytime temperatures will once again rise from May 18, it said.

The prevailing hot and dry climate can put pressure on water ponds, crops, vegetables and orchards, the PMD warned, and advised growers to manage their crops properly.

Rising temperatures could increase energy and water demand, which is why the latter should be used wisely, the department said.

In a series of tweets, he noted that adults and children are at high risk.

“Predictions of rising river bases over the course of next week may be helpful. Until then, people are advised to avoid unnecessary sunlight and take precautionary measures. In addition, water should be used sparingly. Pets and livestock also need to be protected.”

Read: How to protect yourself and your loved ones in the heatwave

At this time, high temperatures in Hyderabad, Badin, Mirpurkhas, Umerkot and Tharparkar can range from 44 ° C to 46 ° C.

Temperatures will drop slightly between May 14 and 17 with a drop of 3 to 4 ° C in temperatures but will intensify again.

The country’s waters have been covered by high temperatures since the end of April, according to a World Meteorological Organization (WMO) warning that it is in line with climate change.

“This year we have jumped from winter to summer,” said PMD president Zaheer Ahmad Babar.

The governments of Punjab and Sindh have already instructed departments to remain vigilant, urging them to take steps to reduce the impact of the fire.