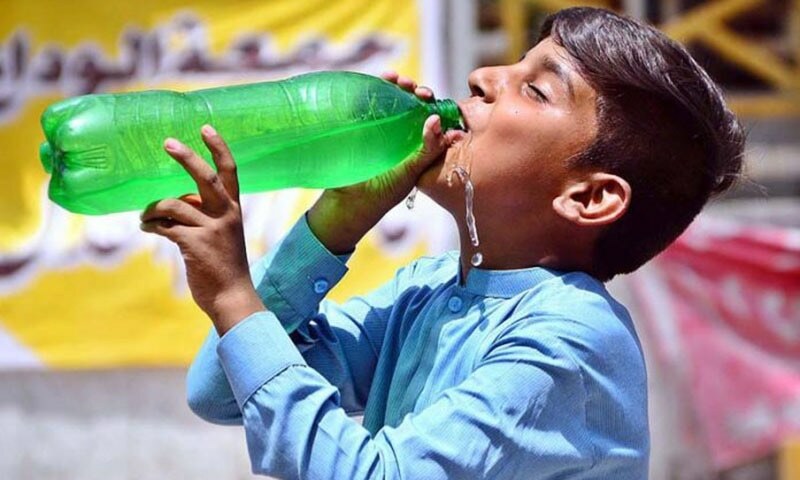 The Pakistan Meteorological Department (PMD) on Friday predicted that temperatures would continue in many parts of Sindh in the next two days, with high temperatures in Karachi rising to 40 ° C tomorrow.

In a statement, PMD’s Early Warning Center for Heatwave said temperatures would drop by 2 to 3 ° C on May 15 and 16. However, the heat wave will rise again from May 17 in the central and higher parts of the province.

During the heat wave, the highest temperatures in the Dadu, Nakabshah, Jacobabad, Larkana, Shikarpur, Qambar Shahdadkot, Khairpur and Sukkur districts are likely to remain between 46 and 48 ° C.

In addition, Hyderabad, Mirpurkhas, Ummerkot, Sanghar, Tarparkar, and Badin are likely to experience temperatures ranging from 44 to 46 ° C.

According to the Met Department, heat can lead to stress on crops, vegetables and orchards and increase demand for electricity. It advised farmers to manage their crops properly, and the community to avoid sunburn especially during periods of extreme heat.

The CM instructs hospitals to remain vigilant during the heat

Read: How to protect yourself and your loved ones in the heatwave

The day before, the Sindh health department announced a state of emergency in all areas of health care, instructing officials to remain prepared for any situation.

“The department has established a management room at provincial level and has outlined a list of procedures to be followed throughout the province,” a statement from the media said.

Health facilities, in addition, have been instructed to establish special wards equipped with all the necessary resources including a system to restore the supply of electricity to manage heatstroke conditions.

“Employees are prohibited from taking leave or staying away during emergencies. The deployment of health workers will begin according to the needs of the areas most affected by the heat.”