The KPK people and govt have announced to celebrate Eidul Fitr today, the day before the ceremony officially kicks off in other parts of Pakistan.

On Sunday, Central Ruet-Hilal Committee chairman Maulana Abdul Khabeer Azad announced that the festival would be celebrated on Tuesday (tomorrow) as Shawwal month could not be seen anywhere in the country. However, a committee to see the illegal moon led by Peshawar’s Mufti Shahabuddin Popalzai has announced that Eidul Fitr will be celebrated in Khyber Pakhtunkhwa on Monday (today).

It said there were 16 sightings of the month of Shawwal on community committees in other districts, including Bajaur, Mohmand, Dir, South and North Waziristan and elsewhere.

Later, KP government spokesman Barrister Mohammad Ali Saif announced that the 130th visible month had been announced in the province and that the provincial government had decided to officially celebrate the festival on Monday. 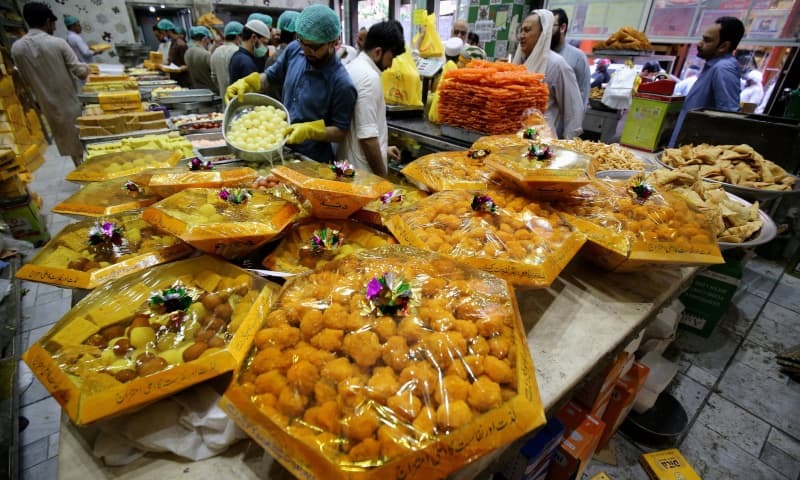 Eid in the Hazara Division

Meanwhile, KP Assembly Speaker Mushtaq Ahmad Ghani, in a video message earlier today, said that Eidul Fitr in the Hazara region will be celebrated on May 3 and nationwide.

“From the beginning, Hazar has a tradition of fasting and Eid adherence to the Central Ruet-i-Hilal Committee’s message,” he said. “This decision was made after consultation with theologians.

It is worth mentioning here that the PTI government led by Imran Khan at the institution was trying to redress the divisions caused by the public with a separate announcement of the monthly sighting and emphasized the need to use technology to resolve this issue in the celebration of Eid. on the same day in all the land.

Media reports in May 2020 quoted the then Minister of Science and Technology Fawad Chaudhry as saying that Islam encouraged its followers to gain knowledge, embrace technology and use common sense. He said it was the government’s intention to resolve the dispute over the sighting of the moon at Eidul Fitr and for this purpose a committee of experts such as space scientists and mathematicians, officials of the Department of Meteorology, and manuals was set up.