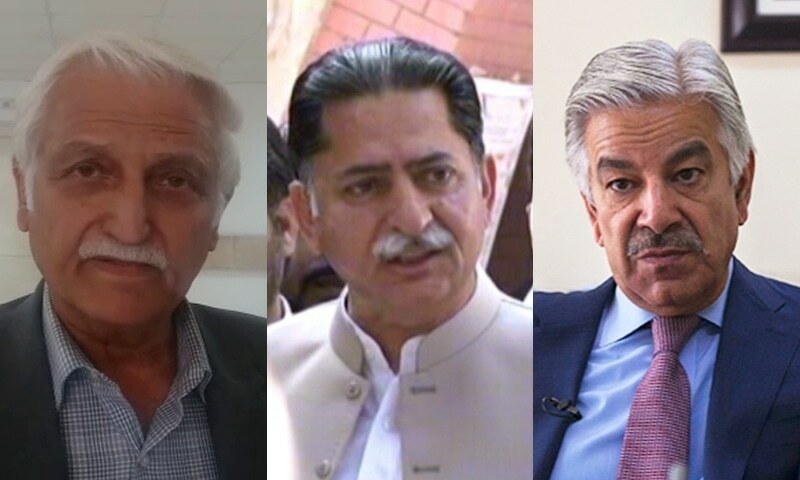 ISLAMABAD / LAHORE: Senior leadership and saner credentials in the PML-N and PPP – two major allies in the ruling coalition – are not happy about handling the situation after the Medina mosque incident and the registration of cases to PTI leaders in various areas. of the country.

A follow-up interview with a group of top leaders of the two parties reveals that there is a general feeling in the ruling coalition that the government may be “overreacting” in this regard, and that individual registrations and actions of PTI leaders are now proving their failure. government.

They are of the opinion that the immediate action is being taken by the Saudi authorities against the Pakistani pilgrims, who appear to be supporters of the PTI, over the slogans of “no, no (thieves) ”and“lotha (turncoats) ”, as well as the physical attacks on other members of Prime Minister Shehbaz Sharif’s official delegation and the frequent sentencing of the incident put the PTI in self-defense, but government actions not only provided an opportunity for the former ruling party to control the damage, but also expose itself as a victim.

Some protesters were seen chasing and trying to physically assault union ministers Shahzain Bugti and Marriumum Aurangzeb who were rescued and accompanied by security guards and police officers.

“The sympathy of the people was with us at the beginning after the incident of Masjid-i-Nabwi. But now emotions are beginning to shift, ”admitted a senior cabinet member of PM Sharif and the PML-N office while speaking to no. It was morning on condition of anonymity on Monday.

Recalling that current parties in the government had previously criticized Imran Khan for using religion for political gain, the minister said the registration of cases and other political rhetoric linking the incident to defamation was “deeply damaging”.

“Secondly, these actions and actions have given the accused the opportunity to identify themselves as victims, which is evident in the current reports from the public and other specific categories against the registration of defamation cases,” the minister said.

Responding to a question, he said PM Sharif had not issued any instructions on the matter and the matter was only handled by Interior Minister Rana Sanaullah.

Mr Latif, who will be given a portfolio, also said he could not discuss the matter in the cabinet as it was not his party’s government alone. “I would have spoken directly on this issue (with the prime minister) if this government had not been a coalition. With this publication I want to ask the Prime Minister Shehbaz Sharif not to register the FIRs in the grievances of various people in the weak case of the Masjid-i-Nabwi incident. Instead the government should come forward and be the culprit to deal with the Imrani fitna, ”he said at a press conference in Lahore on Monday.

The minister was reportedly unhappy with the good relationship with PM Shehbaz since he commented on the proposed communication.

Someone inside the PML-N told It was morning that Latif was not alone in this ‘request’ to PM Shehbaz against taking a violent stand on the issue which could give more political expense to Mr Khan.

“Some senior leaders of the PML-N are of the opinion that Imran Khan and his close associates should be exposed for their corruption and should not be drawn into religious matters. This will not be fair to us at the end of the day, ”he said, adding that the PPP was also openly opposed to Shehbaz’s policy of using the incident to involve PTI leadership in cases.

The insider said PM Shehbaz, who is otherwise known for his reconciliation politics, should not follow the hawkish advice of a party like Interior Minister Rana Sanaullah through religion to hunt down political opponents.

Moreover, PPP general secretary and former Senator Farhatullah Babar on his Twitter account called the institution suspected of defamation cases against competing PTI leaders “the most disturbing, contradictory and condemned”.

Mr Babar said he had been opposed to “religious instruments” in the past, but now and in the future.

Talking to It was morning, Mr Babar urged the government to provide access to a consultant for Pakistani pilgrims detained by Saudi authorities. Interestingly, a veteran politician made this claim even though his party’s chairman Bilawal Bhutto-Zardari is the foreign minister.

Police in Faisalabad, Attock and Islamabad have filed various charges against PTI chairman and former prime minister Imran Khan and more than 150 others, including party leaders Fawad Chaudhry, Shahbaz Gill, Qasim Suri, Sahibzada Jahangir, and Aneel Musarrat. by polluting the sanctuary. complaints of various citizens after prostitution in Masjid-i-Nabwi during a visit to an official group last week. The Saudi government has arrested some Pakistanis for violating the rules.

Following the registration of the FIRs, police arrested Sheikh Rashid’s nephew, Rashid Shafique, on his arrival from Saudi Arabia on Sunday. Atock District Court on Monday sent him to two days in detention at a mosque. Like his uncle Rashid, Shafiq is also accused of promoting and organizing the event in Medina.

PTI leaders, on the other hand, called the incident an automatic act against Imran Khan’s ouster. The group, through vice-president and former information minister Fawad Chaudhry, has filed a written application with the Supreme Court of Islamabad, demanding that the charges against his leadership be declared “illegal”. In the petition, Mr Chaudhry also accused Mr Sanaullah of targeting the PTI leadership.

Despite repeated attempts, the minister of the interior was not available for comment.