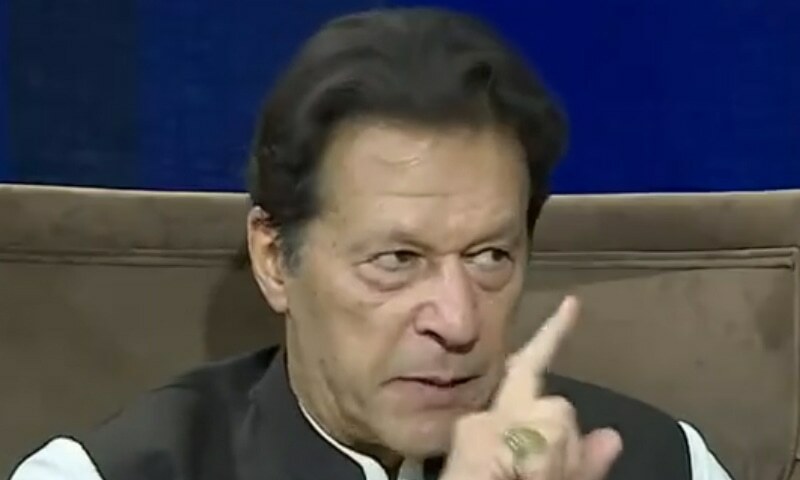 He expressed these views during an interview with actor Shaan Shahid Hum News. During the interview, the actor asked the cricketer-turn-politician about the commercial companies used in politics and the fifth war.

His comments came as PTI-related media accounts warned patrons of the dangers of “deepfakes”, videos that use a kind of artificial intelligence called deep learning to make life-like but fake human videos.

“I had to face up tomafias, the biggest of them isSharif mafia […] they continue to attack at the human level because they have been involved in corruption for the past 35 years. When a person [points out] their fraud, they attack human character, ”said Imran.

Continuing after a short commercial break, the former prime minister said the Sharifs had made arrangements to launch a campaign to assassinate a character after Eid.

“Now that Eid is over, you will see that they are fully prepared for the murder of my character. They have hired companies to study the material,” the former Prime Minister said.

He added that 60 percent of the union’s cabinet was out on bail. “The father (Shehbhaz) is on bail as well as the son (Hamza). Maryam is also out on bail and Nakaz Sharif has been convicted. [while] his sons fled to another land. So what [other] will they have it? “

He said in a democracy they must respond to the allegations against them. “You can’t come to any democracy if you’re out on bail; you can’t get any position.”

The PTI chairman claims that instead of responding to the billions of dollars they have stolen, the Sharifs will now focus on his assassination.

“What was Jemima’s crime? She was my wife […] now they have found Pharaoh [Khan]. Pharaoh’s crime is that he is Bushra’s closest ally bell (his wife), ”he said.

He further added that the Sharifs had made other arrangements and “made tapes” similar to those of former Pakistani Chief Justice Saqib Nisar and the late Judge Arshad Malik.

“This is a mafia style. I want the nation to understand only that if you want to tarnish someone’s name, there are companies that can help you achieve this.

He added that PTI had announced its long trip to Islamabad at the end of May because the Sharifs wanted to lower his respect in the eyes of the public and kill his character.

“But they’ve been doing this before. This is nothing new.”

Earlier today, the PTI chairman announced that he would begin his “true freedom” campaign from Friday (May 6) by holding a rally in Myanwali.

In a video message, he said he would come to Myanwali soon Maghrib prayers. He said the campaign was part of a move to remove the country from foreign government.

“I start with the people who made me get elected to the National Assembly for the first time,” he said, urging citizens to take part in the rally.