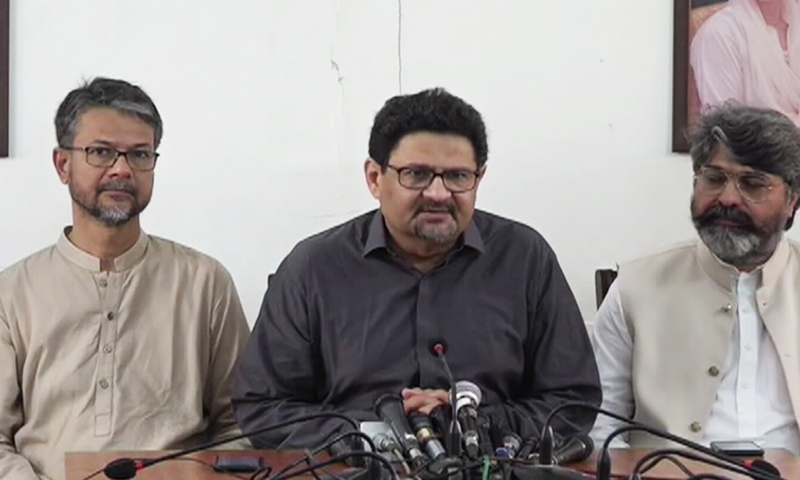 Finance Minister Miftah Ismail said on Thursday the government would do everything in its power to keep petrol prices up and ensure that even if taxes were not raised, no new taxes or tariffs would be imposed.

The previous PTI government announced a four-month suspension of petrol and electricity prices (up to 30 June) on 28 February as part of a series of measures to bring relief to the community.

The PML-N coalition government has strongly criticized the former Imran-led government for initially failing to control the country’s oil prices and later for “ending” the International Monetary Fund (IMF) program with oil subsidies.

In recent meetings with the new finance minister, the IMF has linked the continuation of the loan program with the transformation of petroleum subsidies, which Pakistan cannot afford. But Prime Minister Shehbaz Sharif has now twice rejected the Oil and Gas Regulatory Authority (Ogra) summaries to increase fuel prices – a move that has been criticized by experts.

Ismail, in his newspaper today in Karachi, said the government did not sell petrol at a loss because the economy could not afford it, adding that if the price of petrol was not increased in May, the treasurer would lose $ 102 billion.

Ismail accuses the former government led by Imran Khan of implementing policies that contradict what had been agreed with the IMF meetings in Washington.

The price of petrol should have been R245 a liter according to a previous agreement with the IMF government, he said. However, the PML-N government is still selling petrol for R145 a liter and will do its utmost to maintain that price, he added.

“The difference in the words and actions of their government (PTI government) is R100,” he said. The incumbent government had lost R70 per liter of diesel, the finance minister shared, saying the burden of these subsidies was on the people.

In his press conference today, Ismail said that if the current oil prices were kept in May – and said no decision had been made to raise them – then the government would lose $ 102 billion.

“The monthly cost of running a government is R45 billion, including courts, education and police programs. We only get a loss of R102 billion in fuel worth the cost of running two and a quarter governments … it happened. “

The finance minister has stated that the government should borrow R102 billion from the market but strengthen its debt repayment capacity. The government was no longer able to borrow money from the State Bank of Pakistan (SBP) because of new laws related to its independence, he added.

“If I do that, the federal government will have to pay interest but return it to the State Bank. When the SBP borrows, it means we are printing money that raises inflation.”

However, when the government borrowed money from private banks, a few other things emerged, including high interest rates, he said.

Interest rates were very high, the market was stirred, and he said that when the government borrowed from private banks, it did not have enough money to borrow from the private sector, which in turn led to a reduction in investment and business.

In addition, banks did not have enough money to open LCs (letters of credit), which led to higher prices, he said. “When big companies run out of money and banks are slow to open LLCs, there is a shortage of fuel as a result of the fuel crisis.

The PTI government had encouraged the meritocracy from day one, he said, claiming that the government had borrowed too much money, and his department did not have enough money to pay the Energy Sector to buy vegetable oil.

Pakistan State Oil’s (PSO) acquisition was more than Rs500bn and would not have been possible if the money had not been provided, he said.

“Ku [Imran] Khan for sahb time, the PSO wrote to the secretary of energy that it could not import oil from other companies because it had no power. SNGPL (Sui Northern Gas Pipelines Limited), which supplies gas to Punjab and KP, is facing a loss of Rs200bn over the past three years.

“We have to make up for that loss or it will have to deal with the supply chain. We also need to give PSO money.

When the PML-N government ended in 2018, the country was moving forward and there was no circular charge in the gas sector, Ismail said.