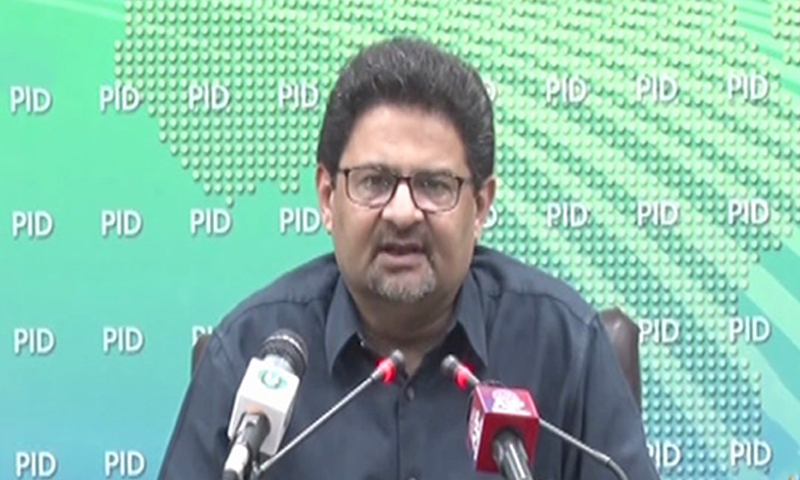 Finance Minister Miftah Ismail on Sunday said the government was not raising petrol prices “for now”, returning to the previous important position set by the International Monetary Fund (IMF) to restart its loan program.

Ismail said he would talk to the IMF and find a solution, adding that Prime Minister Shehbaz Sharif “does not want to impose this burden. [increased oil prices] to people.

“I had advised her to expand [petrol] prices but you said people can’t stand it, ”said the finance minister.

However, he emphasized that petrol prices could “change at any time in the future” in light of global prices.

I’m not saying we will never raise prices … the point is, we are not raising them today, but we can fix them at any time in the future, ”he told a news conference in Islamabad.

Immediately after his speech to the media, the minister reiterated his message in a Twitter account, saying that the government would not increase petrol prices today. “But because of changing circumstances and international oil prices, we may have to reconsider our decision soon.”

Unless he did not meet the ‘important step’ imposed on him by the IMF, the finance minister said the government would approach the Fund, hold talks and “conclude well”.

Criticizing the PTI government, Ismail said it had “promised” the IMF in December that the primary deficit would be Rs25bn and the total deficit would be around Rs4,000bn. “The main deficit has increased from Rs25bn to Rs1,320 billion,” he said, asking how the new government could reduce it in a few months.

He alleged that the IMF had ended its process with the PTI government and had recently asked the Fund not to do so in public.

“I went to the IMF as soon as I arrived and asked them to start negotiations with us, they said they gave us a political commitment and I said we were ready to expand the program by year. They say it’s okay let’s talk then.

The finance minister said he had asked the IMF that as the program expands, another $ 2 billion should be added. The Fund said they would discuss the matter, Ismail added.

He said the Pakistani delegation would attend future talks with the IMF mission and added that “we are compelled to fulfill the promises made by Imran Khan. [with the IMF] for it was the independent promises of the prime minister of Pakistan. “

The announcement from the finance minister comes as the Pakistan Stock Exchange and the rupee are both under pressure last week as the new coalition government fails to make sound economic decisions.

Analysts and experts have linked economic pressures and uncertainties over the continuation of the IMF loan program linked to rising oil imports and increasing trade deficits.

On Friday, the greenback rose above Rs193 in the interbank market, reached a new all-time high and broke its previous day record of Rs192. This was the fourth day in a row the dollar went up to a record high against the rupee.

It was morning The editorial article on Wednesday noted that the main cause of the erosion of investors’ emotions was the failure of the new coalition government to come up with a credible strategy to take tough political decisions to reform the economy. For example, it has continued to make decisions against the reversal of oil and renewable energy subsidies, a ‘preliminary step’ that the IMF wants to take before it can agree to restart funding.

In a recent meeting with the new finance minister, the IMF linked the continuation of its borrowing program with the transformation of petroleum subsidies, introduced by the previous government. However, Prime Minister Shehbaz Sharif has repeatedly rejected outlines by the Oil and Gas Regulatory Authority and the financial service to raise fuel prices.

Meanwhile, even after taking office last month, the PML-N and other parties to the new coalition government strongly criticized Imran Khan’s government for “abolishing” the IMF program with non-oil funding. But despite being in power for more than a month, the parties have not yet withdrawn funding; although the finance minister has repeatedly said that these grants are impossible and cost R120 billion to the government per month.

Earlier this month, Ismail said petrol should have cost R245 per liter according to an agreement reached between the previous government and the IMF. However, the PML-N government was still selling it for R145 a liter and will do its utmost to maintain that value, he added – a sign that the new government is finding it difficult to make a decision that may be unpopular with its voters. .

In a program published on Friday, It was morning said the PML-N was caught in a “private consultation” – a guide for senior leaders’ travels to London to meet with Nakaz Sharif – as fears continue to grow due to its inability to begin economic recovery.

The editor called on the PML-N to make a firm decision on its future, saying: “It’s time to dump her and move on.” As the government decides not to increase fuel prices again, economic sentiment is expected to continue to decline.