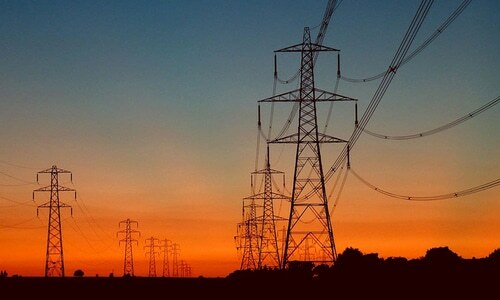 The National Energy Regulatory Authority (Nepra) on Friday imposed a fine of R50 million on the National Transport and Transport Company (NTDC) for its “failure to restore power supply in a timely manner” after the collapse of the entire electricity system. “That happened in January 2021.

According to the administrator, it took about 20 hours to restore the system.

In a press release, Nepra said it had taken note of the incident and had set up an investigation committee to investigate the matter in terms of laws, rules and regulations.

“The committee conducted the investigation and provided the authorities with a detailed report submitted to the NTDC,” the report said.

It also stated that the explanation was given to the company on April 1, 2021, followed by a notice of the reason for the exhibition on August 25, 2021.

Furthermore, the opportunity to hear was reopened to NTDC on January 12, 2022, however, NTDC failed to provide any satisfactory response and was found guilty of violating the relevant grid code provisions. “As a result, authorities have fined R50 million to NTDC,” the statement said.

The director also indicated that he had instituted legal proceedings against the electrical equipment involved in the “error, failure and failure” in relation to the incident. He said it was now “under the system and working differently”.

By January 2021, a major power outage had gripped the entire country, including major city centers such as Karachi, Islamabad, Lahore and Multan, in the dark for up to 22 hours before midnight. At the time, the then energy minister, Omar Ayub Khan, had calculated that the crisis was over at Guddu power station.

Read: What is wrong with Pakistan’s electricity system?

A month later, an independent research committee appointed by Nepra found serious violations of safety and security regulations and serious shortcomings in the country’s energy system activities from manufacturing facilities in both the public and private sectors to the entire transmission network.

The 24-page research report also noted that “black-and-white performance in most of the power outages was non-existent and should not have been replaced immediately”.

On the other hand, the NTDC investigation committee in March 2021 identified control, ownership problems and a severe chain of command of power outages across the country, but freed its party from any responsibility.

In its report, the four-member research committee cited letters written by some of its members about improving the power generation system and safety regulations and equipment to ensure that NTDC highlighted the weaknesses of the system.