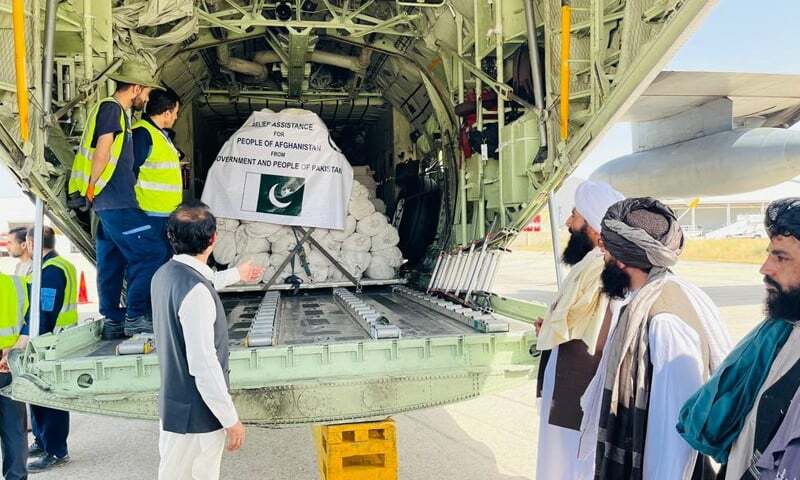 Pakistan on Saturday donated first aid supplies to Afghan civilians affected by heavy rains and floods in a neighboring country, according to reports released by the Foreign Office (FO) and Prime Minister Shehbaz Sharif.

On Thursday, at least 22 people were reported dead and 40 injured in floods in Afghanistan while hundreds of homes and crops planted on more than a thousand hectares were damaged.

Demonstrating solidarity with the people of Afghanistan, PM Shehbaz promised aid to the victims and called on the international community to provide assistance to the Afghan people.

In accordance with the PM’s instructions, the C-130 aircraft was initially deployed today to deliver emergency supplies, including tents, flour, rice and sugar, to the Afghan city of Mazar-i-Sharif, according to a report released by the FO. .

A second plane carrying food and supplies will be sent to Afghanistan as “a gesture of kindness to the flood victims”, the report said.

“Pakistan, as a neighboring country, has been at the forefront of efforts [the] Provides social assistance to the Afghan people and hopes that the international community will play its part in providing timely and economic assistance to the affected people in Afghanistan, “added the FO.

In contrast, PM Shehbaz also confirmed the distribution of aid materials on Twitter, adding that more relief measures would follow in the coming days.

“Pakistan will continue to stand by the Afghan brothers and sisters through hardship and confusion. [The] The international community must not forget the Afghan people at this time of need, ”he tweeted.