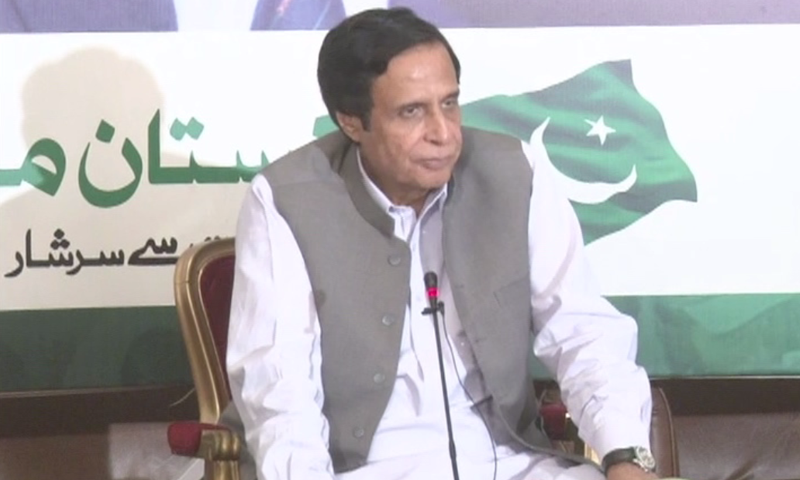 LAHORE: The constitutional crisis in Punjab is far from over even though the Cabinet has described the governor, as Punjab Assembly Speaker Chaudhry Parvez Elahi has refused to take over as acting governor following the removal of Omar Sarfraz Cheema.

Even if Mr Elahi remains strong, legal experts believe that, the Deputy Speaker of the Punjab Assembly Dost Mazari will not take over the role of acting governor. This development could rob Punjab governor for a week.

On Saturday, Prime Minister Shehbaz Sharif sent a summary to President Arif Alvi, advising loyal PML-N Balighur Rehman to the post of Punjab governor. If the president does not act on the prime minister’s request within ten days, Mr Rehman’s appointment will be announced.

On Tuesday, PML-Q leader Parvez Elahi visited the Punjab Secretariat Secretariat and performed his usual duties as speaker. “Mr Elahi has not yet taken up the post of acting governor as he is consulting with constitutional experts on the matter,” a party spokesman said.

Mr Cheema said he would make decisions based on the supremacy of the Constitution. In a tweet on Tuesday, he rejected a “unconstitutional” notice describing him as governor. “I am meeting with legal experts and I will soon be announcing my next work plan,” said Mr Cheema.

Speaking to reporters here, Pakistan’s new Attorney General Ashtar Ausaf Ali said: “Forcibly staying in the constitutional office is immoral. When a person (governor) loses the trust of the government he or she must resign with respect. Those positions are dignified and respectful. ”

On the other hand, Punjab Attorney General Ahmad Awais said the coalition government had committed “contempt of the president”.

“The removal of Mr Cheema from the governor’s office despite President Arif Ali’s rejection of the Prime Minister’s summary is tantamount to insulting the president. Governor House is not a private property. The government has taken it illegally, ”said Mr Awais.

Furthermore, Barrister Taimur Malik asked: “How can the government justify issuing a 1am notice to remove the governor. If you do not agree with the president’s decision go to court, but you cannot challenge the position of head of state in a letter issued by the joint secretary. ”

Meanwhile, the Punjab government led by Hamza Shehbaz ordered Lahore police to prevent Mr Cheema from entering the Governor’s residence. Security outside the buildings was also tightened to deal with any possible PTI protest against the removal of Mr. Cheema.

In response, former PTI state minister Farrukh Habib wrote in a photo of security measures outside the Governor’s House, saying: “The Minister of Crime and his son Hamza, the prime minister, have taken illegal action and abused government authority.”