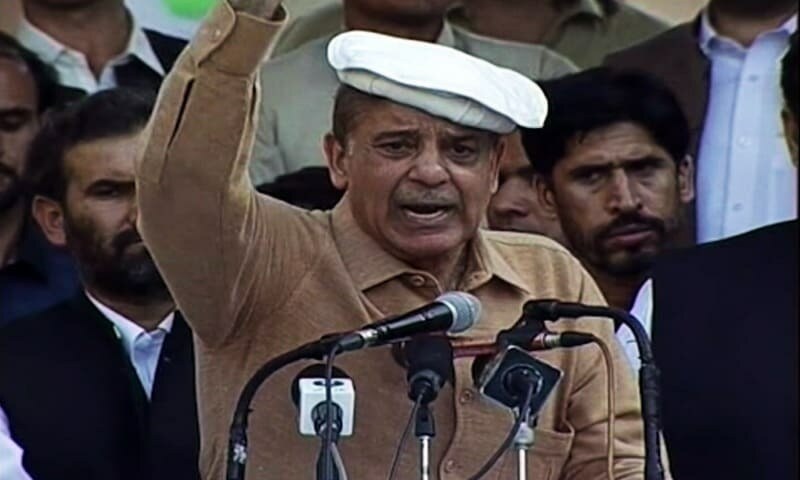 Addressing a large convention in Bisham, he also announced a medical college in the area.

Prime Minister Shehbaz said among other things, he would make efforts to ensure the completion of the Puran grid station in three months and to speed up work on the Bisham-Khwazakhela route.

The prime minister said the Punjab would reduce wheat prices and asked KP Prime Minister Mahmood Khan to do so. He added that if the prime minister did not reduce the prices, then he himself would “give money with lower grain”.

The price of wheat in KP and Punjab will be evenly distributed over the next few days, he added.

Shehbhaz assured the people that they could not complain to his government about the supply of wheat because it was “in sufficient quantity”. “Only yours [provincial] the government will have to disseminate it properly and clearly, ”he added.

He also appealed to the KP chief minister to provide free medical care and treatment to needy people in hospitals, in addition, PM Shehbaz said he would look into the matter personally and ensure the free provision of health care.

Shehbaz said if given the opportunity he would ensure free health services at all hospitals in the country.

“People of KP, it is my promise to you that I will rest only after resolving your basic issues,” he said.

The prime minister said he would “work day and night” to make KP a great province. He said Pakistan would move forward when KP, Sindh and Balochistan develop as well alongside the Punjab.

He also called on the people to work for the development of the country. The prime minister said Saudi Arabia and Abu Dhabi had offered assistance in his recent visit but “begging” would not help rebuild the country.

PM Shehbaz also criticized the PTI government for its performance, lamenting “historic” inflation, receiving loans worth $ 2.4 billion, no new hospitals in KP and delays in development projects while taking credit for projects initiated by PML-N.

Addressing PTI Chairman and former prime minister Imran Khan, PM Shehbaz said he had not commented on the performance of his government during his recent speeches simply because “he has nothing. [to show]. ”