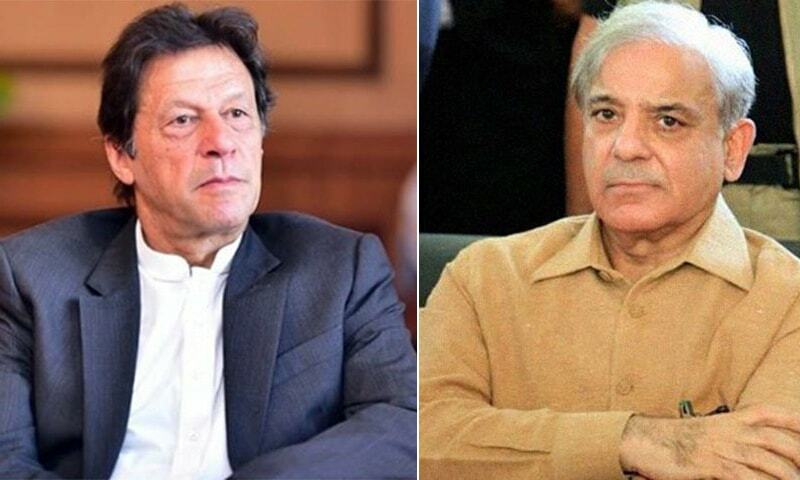 Prime Minister Shehbaz Sharif ordered the relevant authorities on Monday to provide foolish security to his predecessor Imran Khan after PTI chairman said there were often threats in his life.

According to government-run Pakistan Radio, Interior Minister Rana Sanaullah briefed PM Shehbaz in detail about security arrangements on Imran. The Prime Minister has instructed Sanaullah to provide the best possible protection to the head of the PTI.

In contrast, the Office of the Premier stated that similar instructions were issued from provincial governments. In addition, there is the chief security officer [the] former prime minister in terms of [the] PM, “he added.

According to Pakistan Radio In a statement, a spokesman for the interior minister also issued a statement confirming that according to the PM’s instructions, Imran’s unreasonable security arrangements had been confirmed.

Thirty-five employees at two security companies have been transferred to his residence in Banigala, a spokesman said.

In addition, he said, 36 Khyber Pakhtunkhwa police personnel and six Gilgit-Baltistan police officers were deployed by their governments through the security of Imran.

A spokesman said four vehicles and 23 Islamabad police personnel and one vehicle and five FC staff members volunteered to accompany the PTI chairman during the march.

He further added that under the auspices of the interior ministry, “the terrorist investigation company is constantly investigating Imran Khan’s security concerns”.

And if the former prime minister “has some information, he should share it with the interior minister so that other security arrangements can be made”, he added. “Being the former Prime Minister, of course [the] Imran Khan’s national responsibility to keep the interior ministry office and other relevant institutions aware of any potential danger to his life and other matters. “

He has confirmed that further steps will be taken to protect the former prime minister because of the information shared by Imran.

Meanwhile, the interior minister said the government was ready to investigate the threat to Imran’s life, adding that a court commission could be set up for this purpose if the PTI chief wanted it.

“The judicial commission can review the evidence and information provided by Imran Niazi and take an independent decision,” Sanaullah tweeted.

Sanaullah went on to say that Imran was trying to fabricate a life-threatening story, just as he was plotting an “American conspiracy” to overthrow his government. The minister said that if the PTI master had any concrete evidence that his life was in danger, he should immediately inform the interior department.

“If Imran Niazi does not provide information about the threat to his life, this report will also be regarded as a political game, like that of a US conspiracy. The former prime minister used his life threat as a political crisis.

Sanaullah advised Imran to stop exposing the matter as “political propaganda” and to share evidence of the threat to the government.

Recently, claims about the threat to Imran’s life were first made by PTI leader Faisal Vawda at a time. AARY News show “Off the Record” on March 30, just days before the PTI king was ousted by a no-confidence vote.

Vawda had stated during a television program that there was a plot to assassinate the then prime minister over his refusal to “sell the country” – he was clearly referring to the PTI’s claim that it was a foreign plot, hatched by the US and organized. by local donors, led to his dismissal for following an independent foreign policy.

A day later, information minister Fawad Chaudhry reiterated the threat, saying the plot to assassinate Imran had been reported by security agencies and after that, his security was tightened.

Later on April 20, Lahore’s Deputy Assistant Deputy Commissioner Atiyab Sultan had written to PTI leaders, suggesting that Imran address a conference to be held in the city the next day due to “stern warnings”.

However, Imran was physically present at the meeting, with PTI Extraordinary Secretary Hassan Khawar telling ParhloNewsTV at which point the party will not be discouraged by such plans by the government.

“The government should not worry about the PTI campaign,” Khawar said.

PM Shehbaz had instructed the authorities to provide reasonable security to the PTI chief and instructed the interior minister to monitor the situation. Home secretaries from all provinces were instructed to ensure security without any impediment during Imran Khan’s travel anywhere in the country.

On Saturday, Imran had told a conference in Sialkot that his life was in danger and he had recorded a video in which he had taken the names of all those who had “conspired against me” since last summer.

“There is a conspiracy against me in closed rooms inside and outside the country, and they want the life of Imran Khan. [is lost], “he said.” I knew this conspiracy … so I recorded the video and kept it in a safe place. If something happens to me this video will be [made public]. In it, anyone who conspired against me, anyone who was involved last summer, I called everyone. “

He reiterated on Sunday (yesterday) that his life was in danger and published a video message that would be released in the event of his assassination, urging his followers to “find justice in me and our country if anything happens to me”.

Speaking at a conference in Faisalabad, Imran said: “I recorded the video because I know the history of Pakistan. It tells us that our justice system cannot arrest powerful criminals, so I leave it to the people. If anything happens to me, Imran will say:

“Will you do it?” PTI chairman asked the crowd.

“You have to make two promises with me. If anything happens to me that I mentioned in the video, you have to stand with them and make sure they are taken to court so that the first ones in power can face the law, ”said the PTI chief.