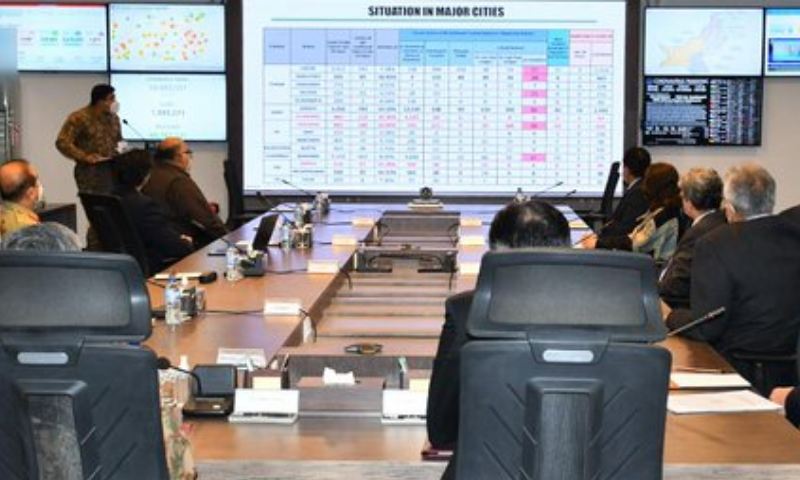 Prime Minister Shehbaz Sharif on Tuesday ordered the National Center for Command and Operation (NCOC) to be reinstated immediately after Pakistan reported the first case of Omicron sub-variant BA.2.12.1.

According to a statement issued by the House of Representatives, the prime minister noted the new diversity of Omicron and its growing cases. “He also requested a report from the National Institute of Health (NIH) on the current state of Covid-19,” he said.

The development comes a day after the NIH – which has been dealing with Covid-related issues since the NCOC was officially shut down last month – has indicated that the first case of Omicron sub-variant, BA.2.12 has been discovered in the country.

The health officer told her It was morning that the patient was tested positive for it at the airport and later, during genome sequencing, it was confirmed that he had been infected with a new strain.

“We have decided not to mention the name of the country where the patient was traveling to Pakistan. However, a new species has spread to various lands. The patient feels well and all the contacts are kept in solitary confinement, ”he said.

“Although the differences are more contagious, the good thing is that all vaccines work against it. We therefore urge more people to get vaccinated early and vaccinated people to get their vaccines, ”he warned.

The new Omicron sub-diversity is a descendant of the “stealth Omicron” which became highly contagious and quickly gained a foothold in the US.

BA.2.12.1 was responsible for 29 percent of new U.S. Covid-19 infections in the third week of April, according to data reported by the US Centers for Disease Control and Prevention. And it caused 58pc of reported infections in the New York area.

The difference has been found in at least 13 other countries, but the US has its high levels so far. Scientists say it spreads faster than the secret Omicron.

The development comes as Pakistan sees a decline in the number of Covid-19 cases, which has dropped dramatically over the past few weeks. According to NIH data, 64 new cases of the virus have been reported nationwide in the last 24 hours and their prevalence rate was 0.49 percent. At least 92 patients were receiving intensive care.

Curfew in Sri Lanka after day of deadly unrest – World