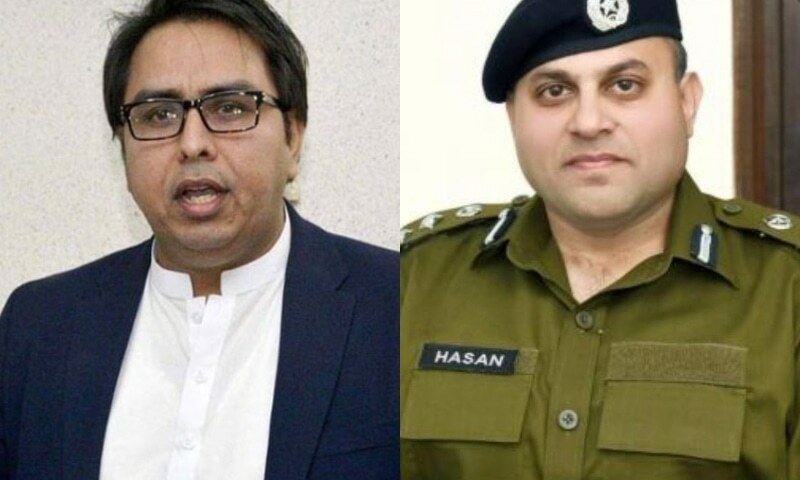 PTI was forced to hold jalsa at this point after the authorities refused to allow a political rally to be held at the CTI stadium, and sent a police team to demolish the buildings built by PTI staff for this purpose. After the protest, the police accused the activists and hired tear gas.

PTI leader Usman Dar and other activists were arrested and released.

The police action took place because the CTI land, according to DPO Iqbal, is a private property located in a local Christian community, opposed to its use in a political rally.

The claim, however, was rejected by Shunila Ruth, a PTI lawmaker from Punjab in the Christian congregation. According to him, the opposition was raised by Christian members of the PML-N who were politically motivated on the issue. Ruth claims that the land in question was not part of a church compound and was not reserved for religious purposes, adding that “the incumbent government is using the Christian community in politics”.

“The land was used for many purposes including weddings, funerals and children’s games,” said Ruth.

PML-N spokeswoman Marriyum Aurangzeb and other cabinet members have closed down the PTI in what they say was an attempt by the party to hold a rally on minority property.

PML-N leader Ataullah Tarar said the government would not allow “religious differences” to be raised.

Social media videos show DPO Iqbal calmly explaining to Dar and other leaders at the scene that the stadium had been forced to hold a small gathering and it would not have been possible to organize another there, especially when the community was opposed. in it.

The video was rewritten by PML-N leaders such as Maryam Nawaz.

In the afternoon, PTI president Punjab Shafqat Mahmood announced that the conference would be held at the VIP stadium instead.

“Hasan,” Gill wrote on Twitter Sunday morning, hours after the meeting. “He has destroyed it jalsa place.

“You have not provided any security elsewhere. And then by not providing security to Imran Khan, he is risking his life. As his chief of staff, as soon as circumstances permit, I will file a FIR against you and there will be a full legal count. Your actions will be remembered. “

However, ahead of Gill’s tweet, the Dial’s Sialkot office said on Twitter that more than 1,600 police officers, including police superintendents and their deputies, were present due to the security of the event.

After Shafqat Mahmood announced that the party would hold a rally elsewhere, the DPO office in Sialkot promised on Twitter that it would provide “complete security”. jalsa which would be equivalent to Imran Khan’s title as a former prime minister. In the same tweet, the DPO office clarified that the police action was taken to ensure that Christian religious views were not violated.

Then, after the Imran Khan jalsa was over, the DPO office of Sialkot sent a photo of a Christian boy named Allen Masih kicking DPO Iqbal “in order to ensure the protection of Christian religious rights”.

Minutes later, the office sent photos of armed police officers to the VIP stadium – presumably during the rally – with the following words: “Sialkot police provided better security at the PTI meeting held at the VIP Ground. The men included 2 SPs and a 11 DSPs performed their duties. “

Gill then responded to Sialkot DPO tweets, criticizing his behavior. He first responded to a tweet showing the boy greeting DPO Iqbal. “You’re wearing a uniform. If you want to kick, make it stand up.

“Honor that uniform, now, after this drama, officially join the PML-N and stand for future MP elections under the Khawaja Ventilator. Because your actions are patwaris (PML-N sponsors). ”

Military Minister Khawaja Asif has been appointed as Sialkot’s representative, and PTI leaders refer to the PML-N leader as a “ventilator” after he said in a press release on March 31 that if the US wanted, “it could” pull the plug “. Pakistani economy operating in ventilators and drips “.

Gill then responded to tweets describing the number of police officers provided with security and dismissed them as “all drama and lies”. “All these people were quiet spectators.

He added that he spoke to a number of staff members himself, who told him that the DPO “stayed behind to move forward” and that they should stand by.