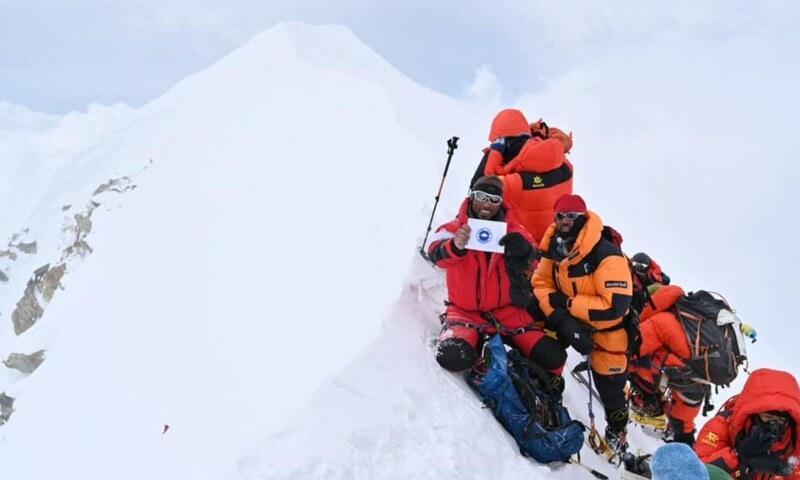 Mountaineer Sirbaz Khan became the first Pakistan on Saturday to climb 10 of the world’s 14 peaks – each at an altitude of more than 8,000 meters – after rising 8,586 meters high in the Kanchenjunga mountain in Nepal, according to a Pakistani Alpine club. .

According to Alpine Club secretary Karar Haidar, the riders met in third place in the world at 7am on Saturday, with Sirbaz hoisting the Pakistani flag as he completed his ascent.

In his recent communication from Kanchenjunga earlier today, he thanked the nation for his support and asked them to pray for his safe return.

This time, Saad Munawar, the organizer of the trip, called it a moment of pride for the country.

“From the time when Pakistani mountaineers were denied the opportunity to assemble their mountains [mountains within Pakistan] to the point where Pakistani mountain climbers are leading the way in foreign lands, we have come a long way, ”he said It was morning.

“But our journey is far from over right now. In fact, we have just begun. We will continue to work to develop and promote the sport of mountaineering in Pakistan and in the years to come, we will have Pakistani mountaineers reaching the top everywhere in the world,” Munawar vowed.

Among the 8000ers, Kanchenjunga, part of the Himalayas, is said to be the hardest mountain to climb to the top from the last camp and lasts a long time because of the canyons and very cold weather.

As Sirbaz has achieved this success, we congratulate him.

Sajid Ali Sadpara, the son of the late mountaineer Mohammad Ali Sadpara and the rider himself, wrote on Twitter: “Congratulations to you Kako Sirbaz khan for conquering the third highest mountain Kanchenjunga.”

Sirbaz, 32, hails from the Aliabad area of ​​Hunza in Gilgit-Baltistan and began his climbing career in 2016.

In 2019, he became the first Pakistani to climb Mount Rhotse, the fourth highest mountain in the world at 8,516m in Nepal, without the use of additional oxygen.

In four of the trips, he was accompanied by the late Muhammad Ali Sadpara.