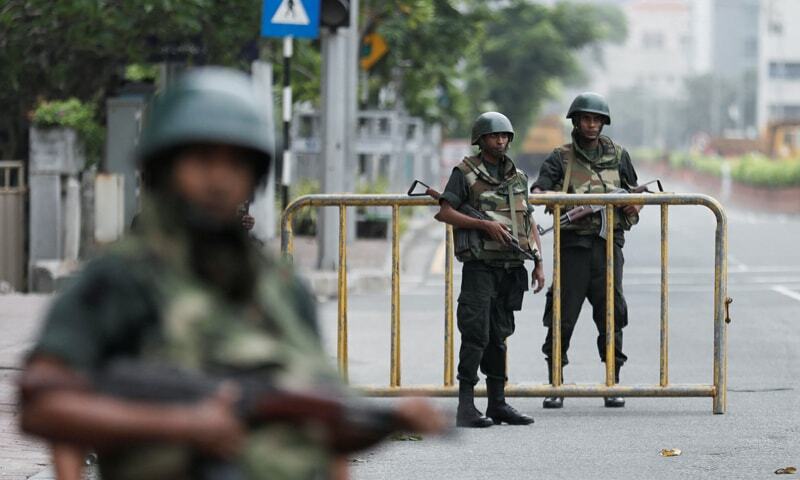 Sri Lanka gave emergency orders Tuesday to its military and police to arrest people without guarantees, after a day of clashes that killed seven people and injured more than 200, in violence that led to the resignation of Prime Minister Mahinda Rajapaksa.

As the Indian Ocean country struggles with the biggest economic crisis in history, thousands of protesters have neglected to come home to attack government officials, burning down homes, shops and businesses of the ruling party and provincial politicians.

Despite further reports of violence, the situation calmed down on Tuesday, police spokesman Nihal Thalduwa said, adding that about 200 people were injured in the violence which led to a repatriation period until 7:00 am (0130 GMT) the next day.

Program: The melting of Sri Lanka

The government of President Gotabaya Rajapaksa, the younger brother of the prime minister, described the broader power of the army and the police to arrest and interrogate people without arrest warrants.

The military could detain people for up to 24 hours before handing them over to police, while private property could be forcibly searched, including private vehicles, the government said in a press release on Tuesday.

“Anyone arrested by the police will be taken to the nearest police station,” he said, setting a 24-hour deadline for the armed forces to do the same.

Some analysts have expressed concern about the misuse of emergency measures.

“In a situation where there is both a state of emergency and a time to get home who can monitor to ensure that these rules are not violated?” said Bhavani Fonseka, of the Colombo Institute of Alternative Policy Center.

The president had already declared a state of emergency on Friday as protests intensified.

A day of violence

The attack on government figures came as a retaliatory incident just hours before Rajapaksa’s resignation.

Rajapaksa spoke to hundreds of supporters gathered at his official residence on Monday after reports that he was considering resigning.

After his remarks, many of them, armed with iron bars, attacked the camp of those who protested against the government, beat them and burned their tents.

Police fired water cannons and tear gas to disperse the shooters, after they began to do little to turn back government supporters, he said. Reuters witnesses.

Thousands of people lined the streets in celebration of Rajapaksa’s resignation, but the situation quickly deteriorated.

Protesters tried to demolish the gates of Temple Trees, a residential area in central Colombo, where broken glass and discarded shoes were scattered on the surrounding streets on Tuesday, after a bitter nightmare.

Troops surrounded the area, where eight burnt vehicles lay partially buried in the lake. Discarded files and broken tools were scattered throughout government offices that were being searched.

Seek help from international lenders such as the World Bank and the International Monetary Fund, as well as giants from Asia, India and China.

Former finance minister Ali Sabry, who resigned on Monday, along with the rest of the Rajapaksa cabinet, said the potential external resources stood at about $ 50 million.

Fat, food and medicine shortages have brought thousands to the streets for more than a month of peaceful protests until this week.