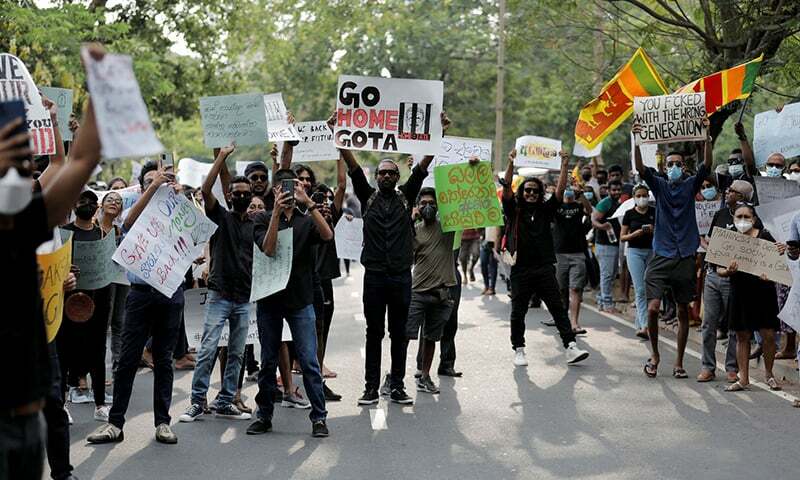 The Sri Lankan opposition party on Tuesday issued a statement of confidence aimed at ousting Prime Minister Mahinda Rajapaksa and her Cabinet and accusing them of failing in their constitutional duty to provide a decent standard of living amidst the island’s worst economic situation.

A group from the United People’s Force, led by leader Sajith Premadasa, has submitted a motion seeking a parliamentary vote of no confidence in Speaker Mahinda Yapa Abeywardena.

The move comes amid a nationwide strike demanding the resignation of Rajapaksa and his younger brother, President Gotabaya Rajapaksa, who say the protesters are responsible for the economic downturn.

A majority of the votes in the 225-member parliament will be required to remove Rajapaksa and cabinet from power. The United Nations can only count 54 votes but hopes to win votes in smaller opposition parties and defect from the ruling Sri Lanka People’s Front. The ruling party had almost 150 votes but power has fallen between the economic crisis and dishonesty.

The decision on the timing of the no-confidence vote is expected to take place after members of parliament begin meeting on Wednesday.

The United Nations has also called for a no-confidence motion against the president, but it will not force him to resign even though lawmakers have voted against him.

The foreign currency crisis has imports and has led to severe shortages of essential commodities such as oil, cooking gas, medicine and food. People lined up for long hours to buy what they had and many returned home with little, if any, of what they needed.

The protesters on Tuesday were on their 25th day in office, demanding the resignation of members of the Rajapaksa family that have ruled Sri Lanka for the past 20 years.